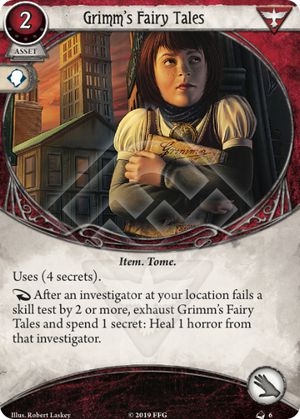 This is one of the better horror healing cards at level 0, provided you have the hand slot available. Agnes Baker especially likes it since each horror healed potentially translates into an extra damage to an enemy. A fully spent Grimm’s Fairy Tales combined with Forbidden Knowledge gives +2 resources and 4 direct damage for 2 cards and 2 actions— not bad!