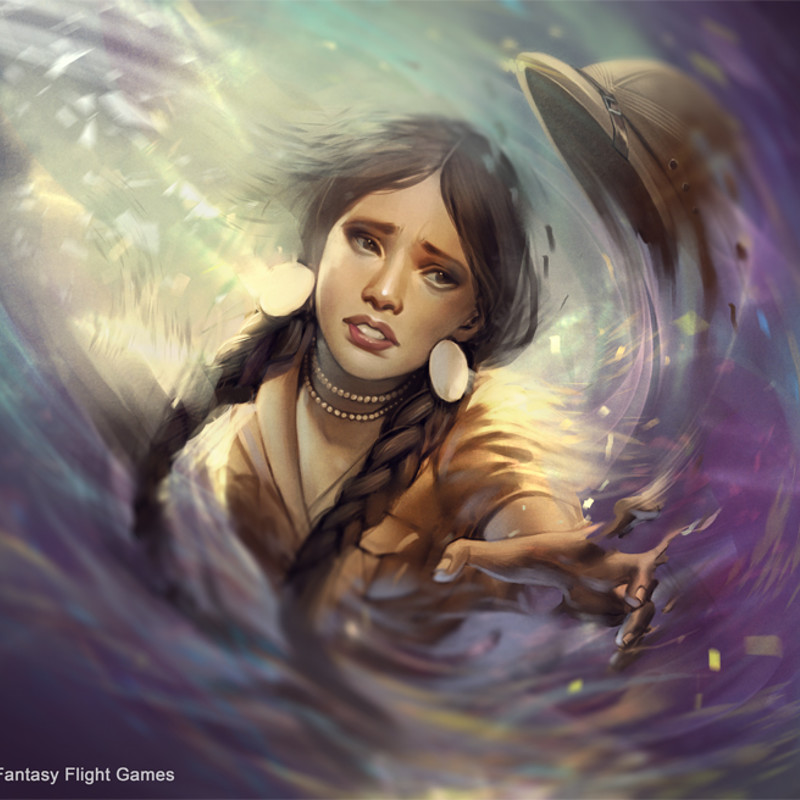 Ursula Downs is easily a fan favorite among the Arkham Horror franchise for many. Despite her card pool being so much smaller than most Seekers outside monoclass Harvey, the few out of class cards she can access provide her with some of the most interesting card combos. This deck attempts to combine a few of those archetypes into a single deck:

There are two types of cards you want to keep in your opening hand: tempo cards and engine cards. Tempo cards help establish consistency and tutor for your engine cards.

Secondary Engine Cards: Once you have your primary engine cards, then work towards unlocking these through successful investigates via Archaic Glyphs (Markings of Isis).

Both Archaic Glyphs want you to over-succeed by a big amount. This deck is built in a way to make your ability to pass those big investigate checks with renewable resources, such as assets that ready each round along with static boosts.

Double Events: Commit these from Crystallizer.

Pay To Boost (Optional): There are a lot of choices here, pick which one works best for you.

Solo or Two Player?: You can consider swapping your Guiding Stones for Archaic Glyphs (Prophecy Foretold). This one lets you automatically evade enemies. You just try to out-tempo the game with this sort of build.

Red Clock effects are generally pretty versatile. The two most relevant ones are 1st Tick and 2nd Tick. 3rd Tick is pretty situational as is 4th Tick. Something to keep in mind is that once you go past a tick, it takes a while to get back to that effect, so its best to lock yourself onto the 1st and 2nd Tick effects for a while using Eldritch Sophist. Here are the possible uses for each tick's effect:

I will list the resources for the card here because I am only considering "even" costed cards. We are NOT diluting Kirby when we upgrade/tech cards! The skill icons will also be listed for Crystallizer purposes if relevant.